Our Seitan Chick’n Chili is so easy and delicious. It is packed, and I mean literally packed with protein.

Our Seitan Chick’n Chili is packed, and I mean literally packed with protein. From the beans to the seitan, you’ll be at your daily protein intake in no time.

Seitan is my favourite meat substitute. It’s made from vital wheat gluten and without getting too scientific, it’s a flour-like protein extracted from wheat. Get this: It contains 75g of protein per 100g!! When it comes to meat substitutes, seitan is the most realistic in both texture and taste. Since it isn’t soy-based, it doesn’t have that strong soy flavour that many meat substitutes like tofu and tempeh have.

The seitan in our chick’n chili has the same texture and look as ground chicken or ground beef. Below is a photo of the ground chick’n that’ll be going in your chili. If you already have a favourite chili recipe but need to make it meat-free, use your recipe and just substitute our ground chicken for the meat. Everything else can stay the same!

This recipe is under soy free dinners but there is a small amount of soy sauce in the broth. To remove the soy completely, take soy sauce out of the broth and swap for 2 tbsp tamari. 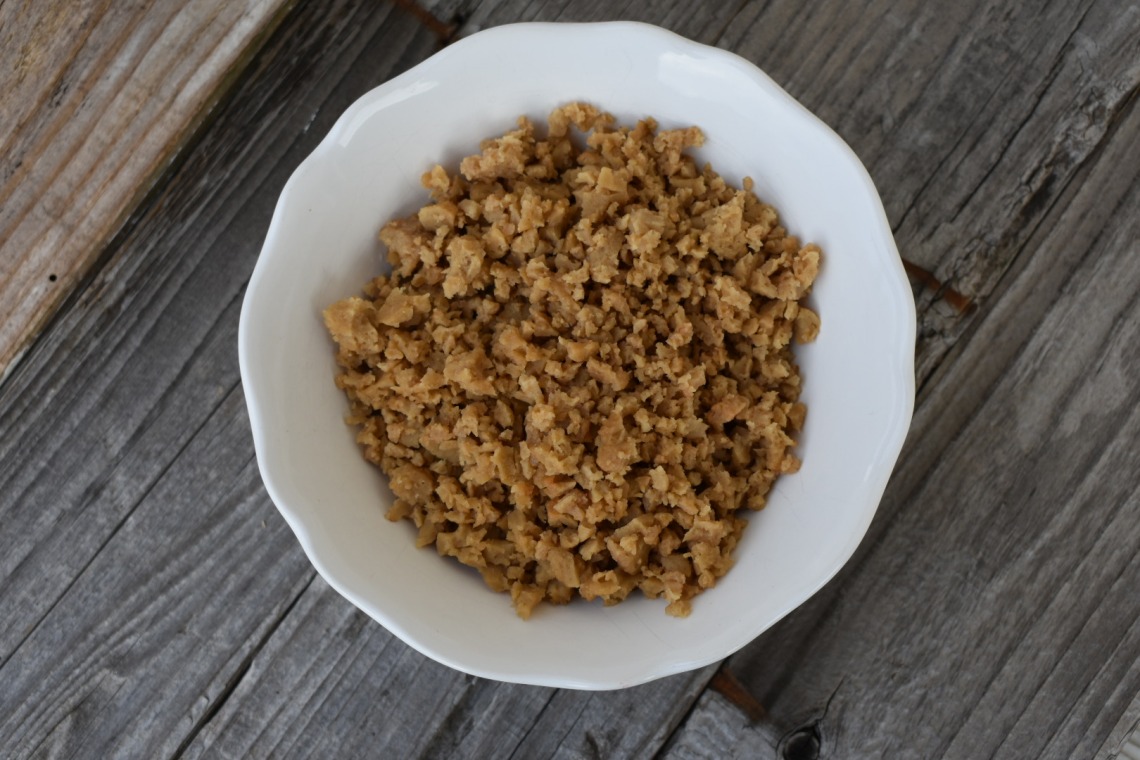 If you would like this recipe to be soy-free, remove the soy sauce from the broth and swap in 2 tbsp tamari.

Hey friends! I'm Anna and I'm so happy to share my vegan recipes with you! All of the recipes on our site are straightforward and free of animal products to keep your kitchen calm and cruelty-free! View all posts by Anna Fairley

This is a text widget. The Text Widget allows you to add text or HTML to your sidebar. You can use a text widget to display text, links, images, HTML, or a combination of these. Edit them in the Widget section of the Customizer.